So when is your Tax Rebate coming from the Feds? Sometime in May? Yes, and this article from the IRS explains just how and when yours will be processed.

Hi Gang, I was away for several days in Cleveland, Ohio. I attended the NA08 Logistics Conference. Great to be back, but I thoroughly enjoyed myself. I was tasked with finding some possible software solutions for warehouse operations. I found some. The real story though is Cleveland. Cleveland is a magnificent city. I read that Ohio is struggling with trying to lure people back to the city. Seems that taxes are out of control, and many businesses have closed up and left. Cleveland used to be a heavy manufacturing town, but much of that has been supplanted to China and Japan in lieu of lower costs and salaries.

They are working very hard to bring the city back. Most people who work there, leave after work, and the city becomes somewhat of a ghost town in the evenings. Some restaurants and activities do occur, but many of the local shopping venues are barren and empty after work. One mall, the Galleria closes at 5pm.

I found it a friendly city, with very pleasant people. They have the Cleveland Browns and Cleveland Indians and Cleveland Cavaliers in the city limits. Low traffic problems, waterfront activities, Rock & Roll Hall of Fame, great food at all of the various restaurants, and a great spring breeze from Lake Erie.

My favorite thing was visiting the Christmas Story House. It is on the southern outskirts of Cleveland. If you saw the classic movie, the house used in the film has been rehabbed, and you can tour and enjoy the internals of the house. The movie was originally filmed outside on the grounds of this house, but the inside scenes were filmed in a remote Ontario sound stage. However, the man who purchased the home has gone to great lengths to approximate the same look and feel the movie had. It is uncanny at the effort taken to provide details that were never actually inside the house. Complete with the Leg Lamp in the window! 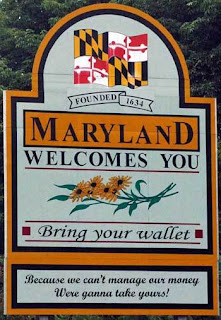 Check this out, some smart person on the Apple website found my email problem. Seems that when he takes his website address out of the tag line area, his mail sends ok. So I tried it and it worked for me. Obvious bug, and another example of Apple problems. If Microsoft had this issue, the media would pound them, and someone would want to sue.

Hope I'm not side-tracking people here but I've discovered a link between e-mails not sending and having my website address in my signature.

After reseting my POP accounts, if I include my website address in my signature (which is hosted by the same SMPTE server that I receive my mail through) then the e-mail won't send. It looks like it has been sent but it doesn't get through.

Yes indeed, you read that correctly. I really get sick and tired of zealots claiming that Apple is far superior in all ways. The Apple Mail application has an underlying crappy design and is buggy. How do I know? I am unable to send email. I receive just fine. I have diagnosed it with their connection doctor (a cool utility in itself), and all is well. Then I remove the smtp server setting, close mail, reopen and then re-enter the smtp server setting. Nope, nothing works. Yeah, I have gone over my settings again and again. Here is the kicker, Microsoft Outlook Express works great! Thats right, it just plain works, from my PC laptop. Settings are all the same for servers and account info. The difference is it has been rigorously tested and software assurance levels have been reached by some form of process that makes sure simple things just work. Apple gets so high and mighty that they don't consider their Mail app would have any issues. Well just consider it, if I contact tech support they will send me "how to setup my server settings in 5 easy steps", swoon over how it may be my server or ISP service, or just plainly think I don't know how to click on buttons, drop down boxes or icons. What crappy software! The worst thing is I actually like Mail, I just need it to work!
Posted by Will at 4/17/2008 12:57:00 AM

Want to hear the original person who spoke about change, and "Yes We Can"? This is one of the best speeches I have ever heard, and this is what America is all about!