William F. Buckley, a true intellectual of our time, has passed away. If you research his life and achievements, you can only be in awe at how dynamic an individual he was. How really brilliant his thought. As with all of the great people in our lives, he will be missed!

Ok gang, the idiots in office in our US Congress have made the regular light bulb ILLEGAL after 2012. To many people this seems like no big deal, until you realize that the replacement Compact Fluorescent Bulbs are DEADLY! The Boston Globe has an article on what you will need to do to pickup after a breakage of one of these bulbs. The article notes small amounts of Mercury will be released into the air, and kids, pregnant women are at risk of death. So just what are small amounts? The amounts released could be 100 times the suggested limit by the same federal government. In the guise of saving the planet from Global Warming, we are being forced to bring toxic chemicals into our homes.
Posted by Will at 2/27/2008 01:15:00 AM

Well right here yesterday I accused iTunes of crashing my iMac. I may have been only partially correct, the underlying issue looks like it was the Leopard Graphics Update 1.0. I highly suggest that you pass on this update, and do not install it. It seems that the Graphics update, once removed, allows everything to operate as expected. It took me 1.5 hours to re-install, but I have to admit, it was very easy. Leopard saw my previous install and kept all information, then imported it into the fresh install. I was able to back up to the original 10.5, then I re-patched the system - leaving out the Leopard Graphics Update. Now all works as it should. Not sure what is in that Graphics Update, but it stinks. As I stated yesterday, this has happened a few time over the last year. I am opting out of taking updates right away. I will instead wait a few weeks, maybe then I will install new system wide updates. Application updates should be less difficult, but one never knows. Apple desperately needs a way to back up and remove previously installed updates, much like Microsoft has in Windows. 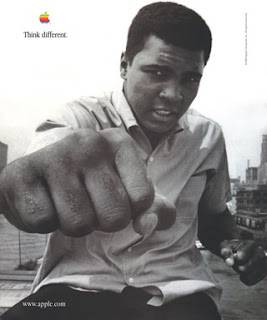 Well for the second time in a few months, iTunes has been upgraded, and along with that comes some kind of database or iTunes corruption problem. I don't use iTunes frequently, but I do use it to download podcasts. I have also imported some videos and such. So nothing major. BUT I wouldn't trust it to categorize all of my CD music, thats for sure. iTunes was just upgraded to version 7.6.1, and after that, I was unable to view my Podcasts. iTunes would crash and ask me if I wanted to reload or ignore. I reloaded it a few times and after that ignored. I can make iTunes crash at my will. Every time I touch the podcasts link on the left side under Library, it crashes. My only option is to move my iTunes library, and start new. A rebuild won't work. Anyway, I move the library, and it starts to work fine. But the hassle is anything I imported in the old library, now has to be moved or copied over to the new library. Not only that, but Coverflow is still causing it to crash. My custom artwork has to also be copied or imported new. This major problem happened before a few versions back, and a week later a new version was quickly thrown out to fix the problem. I am running Mac OS X 10.5.2, on an Intel iMac. This should not happen at all. Apple is supposed to be this great software company. I ask, do they even test their software upgrades? I have complained before, Apple needs to provide a method for removing patches and upgrades, a sort of rollback feature.

This is not the first time Apple has sent out buggy patches. My old Intel Mac got the audio noise bug from a software update in 10.4. I think I will no longer upgrade software as soon as patches become available. I may opt out for a few weeks to see what happens in the Mac community before accepting any future upgrades to Apple software.
Posted by Will at 2/24/2008 02:41:00 AM

Why Elections Are So Important - 2nd Amendment Ignored - Guns Confiscated

Many Americans wonder just why they need to vote, why they need to listen during political campaigns, and why people like me say the process is so important. This is a Video PROVING that the Government and Sworn Police Officers, can and will invade your home and personal property at any condition, and violate your rights. This can not be tolerated. Those rights must be fought for, and not simply taken for granted. If we are not vigilant, and support politicians who support personal liberty and freedom, we are in big do do.
Posted by Will at 2/22/2008 08:29:00 PM

Seems that Toshiba has pulled the plug on any further development of HD-DVD Video formats. Those movie companies who placed stakes on this format are sure to take some kind of loss. One item that comes to mind is the Classic Star Trek re-release in HD-DVD. I opted to wait for it due to this continuing battle. Now I will have to wait for new versions supporting BluRay.

Save Windows XP Petition at InfoWorld

Windows XP is the operating system of choice for the majority of computer users out there. Indeed Mac OS X has taken some market share, as well as Microsoft's own Vista. But one sure fire way to force everyone to move to Vista is to make it mandatory. I have mixed feelings on this one. I would prefer to see Windows XP continue on. Mac OS X 10.4 was also forcibly closed and no longer available as a shipping option, in place 10.5 Leopard has been forced on us. I don't really see a difference between the two. Both XP and 10.4 were sound, reliable operating systems. But Vista and Leopard were the new alternative by their host companies. And both Vista and Leopard 10.5 had and still have some major problems. But Microsoft come under attack. Apple gets a free ride. I say if XP is allowed to continue, then we should push for 10.4 to be an option on new Mac Hardware. But that won't happen, and XP should be killed off, if Microsoft wants it to be killed off. They should instead fix Vista and customers would want it over XP, that that also won't happen. At least Apple has released 2 updates to Leopard since its release. Microsoft has issued one update. So what choice do we as consumers have? None. 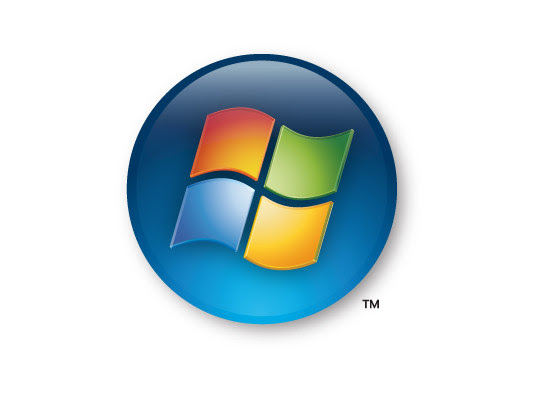 One of my best friends just passed away last Saturday. He was a loyal reader of my old bulletin board, some 15 years ago, as well as this webpage and especially my email newsletter. His contributions were endless, he would send me many links and story leads, as well as the usual jokes and adult humor. It was quite a shock, and I will miss his sense of humor, and all the pictures of his family, their events and grand children. He really made me feel like a family member. Please consider giving to his Memorial Page, the American Stroke Association. Phil suffered several strokes over the last few years, he was nursing his wife back from serious health problems, and always seemed to hang in there and bounce back. I thank him for all the great correspondence, and wish his wife and family my condolences. See you later my friend!

February 20th marks a first for eBay. Fees for inserting an auction in the site will actually go down. No doubt due to online competition and slumping online sales. The rate fees schedule is as follows.

Hey there gang, I recently posted some information about the new 2009 Ford F-150. It has been a long time since I owned a Ford, so I decided to go take a test drive of a new 2008 F-150. Wow, what a difference since I owned my 2000 Ford, which I really liked. The new 2008 is fantastic. It was one of the most comfortable vehicles I have driven in a long time. The seats were very supportive and comfy. The FX4 4x4 that I drove had a sunroof, small back bench seat, and a backup camera. I thought the backup camera was very cool. I sat there a moment thinking, "just how to turn it on". Duh, you simply put the vehicle in reverse. The stereo was a 6 disc in dash CD changer, which sounded great. There was an input jack for MP3 player, but that was on top of the dash. I like the new console and floor shifter. Really gave me a car driving experience, but in a truck package. Very tall bed for hauling, 4x4 for snow and off road, and very nice seats. Loved just about everything about the truck. Now I just have to find a way to sell mine and at least break even. Any takers?

Want to know more? Check out this Ford Website called The Truth About Trucks. It goes over some of the positive design points of the new F-150. They also do a comparison against the Toyota and Chevy trucks. Quite funny and eye opening.

We purchased and viewed the WWE Films / Lionsgate release called the Condemned. Reviews were mixed, and it didn't sound like a very good movie to see. BUT to my surprise, this one was great. It had a good story, was realistic, and had a character to root for. Steve Austin did a great job as an action star, and I urge you to go rent or purchase this one. That is if you like explosions, action, gun battles, fighting and good guys beating bad guys. It had some content that I wouldn't want the small kids to see, but was not done in poor taste. I have to give this one 4 of 5 stars for the action and main character.

Seems Ford has made some updates to the sales dominant F-150. However, this new 2009 Ford seems to be the step child of the F-250 design standards. Seems like a copy in many ways. I guess one has to ask, why design the F-150 to look just like the F-250? Why not just stop making one, and plop a new label on the F-150? Maybe thats what they did?

One of the most interesting things is the cap-less fuel system. Hope they put some cushion in the seats! Both the newer dodge and Ford models have elected to copy imports and provide a still thin cushioned seat. Oh for the good old days when a seat was soft and comfy! I remember my 2000 Ford F-150, now that was comfort!

I stumbled across some totally cool images said to be from the new Star Trek XI Movie coming out this Christmas. I am a huge fan of Trek, especially the old characters. Kirk and the gang are back, young, and we look into the beginning times of the favorite Enterprise from the old TV show.
Posted by Will at 2/05/2008 12:35:00 AM