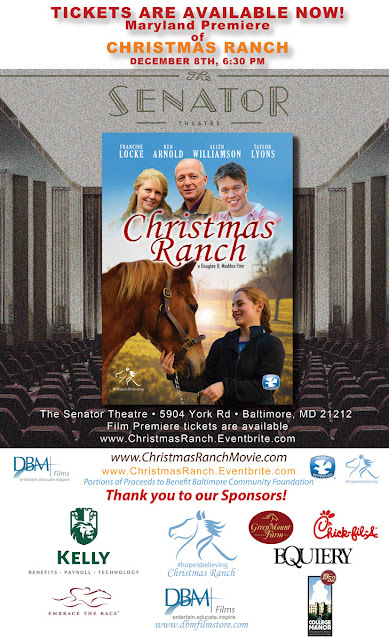 Synopsis: Just in time for Christmas — a feel-good film about hope and second chances! The story is about a strong-willed girl who is sent to stay with her grandmother on her horse ranch for Christmas. She begins to care for her grandmother’s pony and becomes determined to help save the ranch from foreclosure.

Happy the Cat & Happy the Dog, on Hallmark Channel

Loved seeing the Hallmark Happy Yule Log TV over the Thanksgiving Holiday.  Happy the Cat, and Happy the Dog, along with Holiday music, graced our living room again this year.  In may ways, was relaxing and enjoyable.  If you love cats and dogs, this link is for you! 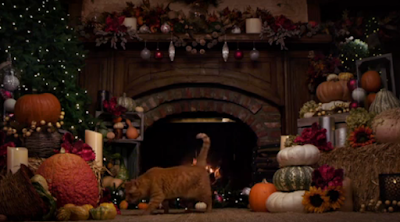 America has spoken, and Liberalism and Socialism has been rejected, hands down.  Hillary Clinton an her extension of Obama's politics, has been flatly denied.  The left is out there crying, protesting (yes protesting a valid election, get a job would ya), and their lives are in utter chaos.  I can say that payback is something to marvel.  The Libs and Democrats have lost it all.  They lost the Presidency, the House, the Senate, and now will lose the capability to insert Liberal judges.  They lost many races for governorship, local legislatures in some 30 states.  Notice the message, this was an election based on idealism, and a rejection of the liberal media machine touting diversity in place of exceptionalism, hard work, and traditional values.  Make no mistake, now is not the time to cave, and reach across the isle.  Now President Trump must follow through on his campaign promises to stab liberalism at its heart.  The message is clear.  Liberalism and Socialism has been rejected, and we have placed at the helm someone who doesn't owe Washington DC a thing, but he does owe the American people, that is for sure.  Thank you America!

Real Education, What is Democratic Socialism?

One great video on just what Democratic Socialism really is.  Stunning that I see friends from the past claim how great Socialism is, and how terrible our current system is.  They can only claim this on the backs of the Capitalists.  Socialists, TRUE Socialist regimes would have killed them by now, if they criticized the current Socialist regime.