With the support of 70 percent of its citizens, Arizona has ordered sheriffs and police to secure the border and remove illegal aliens, half a million of whom now reside there.

Arizona acted because the U.S. government has abdicated its constitutional duty to protect the states from invasion and refuses to enforce America's immigration laws. 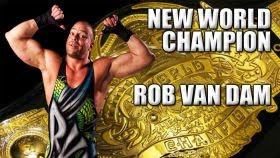 Teachers Union is Mad at you in New Jersey?

They wish for your death! Thats right the liberal slanted, left leaning Teachers Union, dislikes the New Jersey Governor so much, they don't want to vote, or discuss, or ponder, like teachers should, they prefer to wish for Death, or hint that his Death could solve their problems. The Feds should investigate, but you and I know they won't. The Union will apologize, and all forgotten. But I won't forget. This is how Socialists think and eventually act. Shameful! It is time to hold these hoods accountable, to force them to teach, and hold them to standards. I know Governor Chris Christie will do just that. He has been delivered to us from God, not some Muslim nation.
Posted by Will at 4/09/2010 10:41:00 PM