There is a very thrifty and valuable channel on TV, known as the LC Channel.  This channel sells Jewelry at rock bottom prices.  Only jewelry!  The channel has some great personalities, and as to be expected, runs LIVE 24 hours.  It can also be seen on the Internet.

Dover Downs, in Dover Delaware has a new game, Batman Classic TV Series.  This is an enjoyable game.  It has great sounds, the classic theme (redone for the game) and some nice clean animations depicting the opening series intro and the Classic Batmobile on screen doing high powered features.  For those who enjoy the classic show, this game is a must see.  This game shows that even an older show from the 60s can be new again.  The designer takes us on a modern play with what seems a new and fresh show, reborn.  Check out the website, and the You Tube Video showing the features. 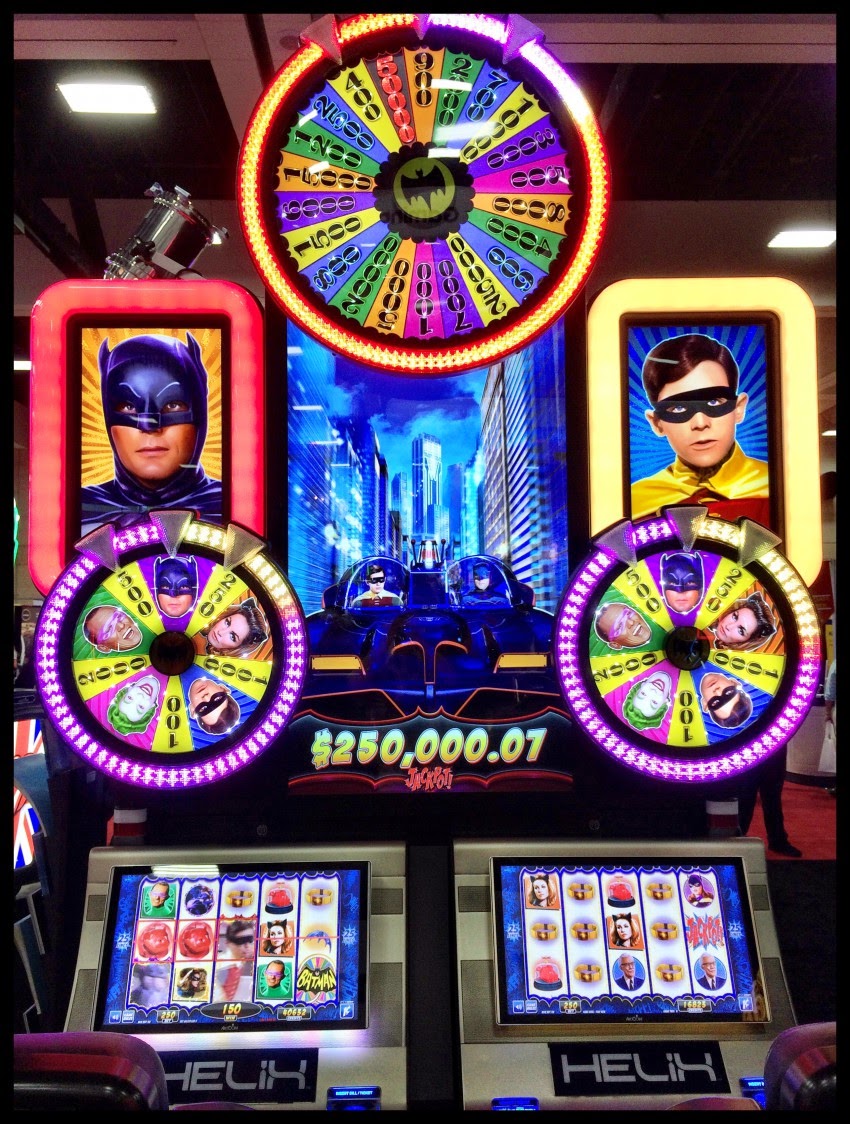 I can recall watching SciFi movies, and reading SciFi novels that would have futuristic automation, in anything from the main ship, to small devices that were carried by people.  Think Star Trek, and the ships computer.  This little device has taken Apple's Siri to a whole new level.  I do have reservations about a mic always on in my home, can this be hacked?  Probably.  But the concept is amazing and something I want to own! 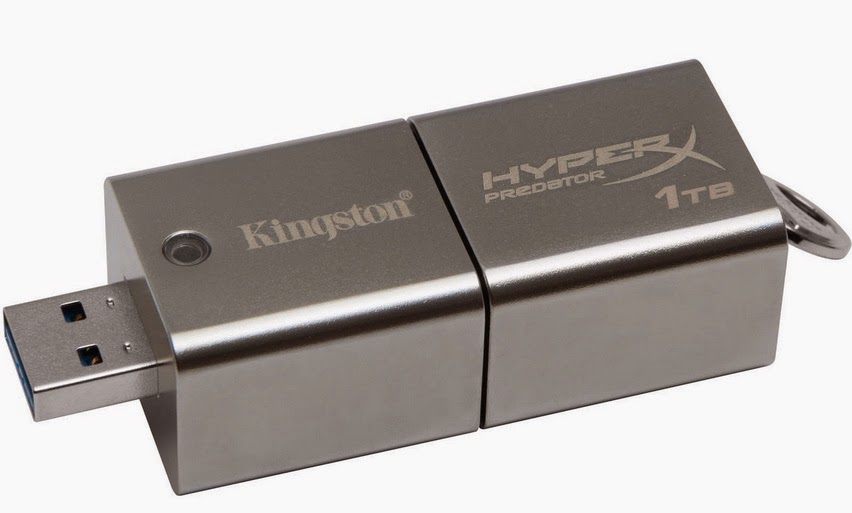 How about a 1 Terabyte Thumb Drive?  Well the Kingston DataTraveler HyperX Predator gives you a 1TB portable flash drive that has read speeds of 240MB/s and write speeds of 160MB/s.

Right now something like this costs well over $1000, but for a super compact backup device, that can be carried or kept on one's person.  Priceless.

Standing 400 feet tall, the new Acuity Insurance Flagpole is the tallest flagpole in North America (#tallestUSflag).  Located on the Acuity Insurance headquarters campus in Sheboygan, Wisconsin, along Interstate 43 between Milwaukee and Green Bay, the pole supports a 60-foot-wide by 120-foot-long American flag.  Located at the base of the flagpole is a brick paver patio featuring the names of Sheboygan County residents killed in active duty.

Star Trek Continues = FANTASTIC, Episode 3: FAIREST OF THEM ALL.

There are a few fan sites that have been doing original work that left off after the original Trek 5 year mission.  "Star Trek Continues" has been one of those endeavors.  This is their latest release, "FAIREST OF THEM ALL", and I must say it sets the standard for well done cinema in the original template format.  Just goes to prove that Paramount and CBS could place this show back on the air, with new people in the original Kirk, Spock and McCoy roles (which I said could be done when The Next Generation came out), and create a new volume of classic trek episodes for the fans. If they wanted to...  Kudos to the "Star Trek Continues" Crowd.  This latest release is the best I have seen, I dare say it even beats some of the original Trek classics.

This is exactly what an American Hero looks and sounds like.  If we had more men and women in Washington who stood for something, like Trey Gowdy, we they would fall for a lot less.  This took place Oct 2013.

Get a look at the new 2015 models of the Dodge Challenger and the Charger.  These debuted at the New Your International Auto Show.  I am not sure if it is wise to update both of the flagship cars from Dodge.  Challenger needed a minor refresh, and it is fantastic.  Challenger is a true retro sports car, unmistakable looks and retro design. Charger was done just redone ~ 4 years ago.  I would have rather saw Charger redone next year.  I really like the Challenger and I need some more time for the Charger.  I don't think the Dart like grill is aggressive enough to qualify as a sports car anymore.  But I do still like the Charger, the rear lights and the coke bottle side.  Perhaps they should have donned a hood scoop of some kind on the Charger. 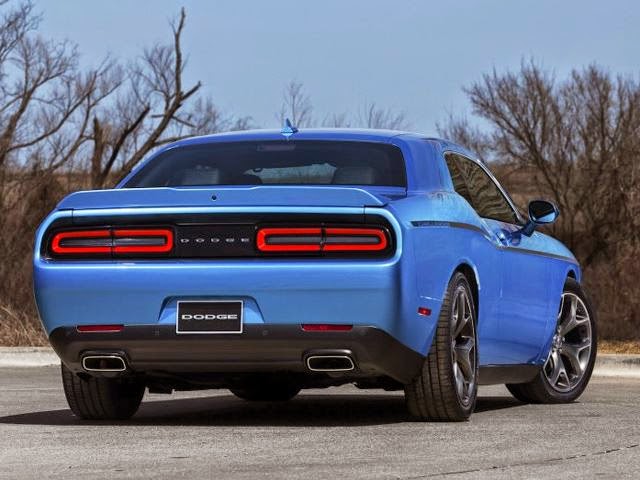 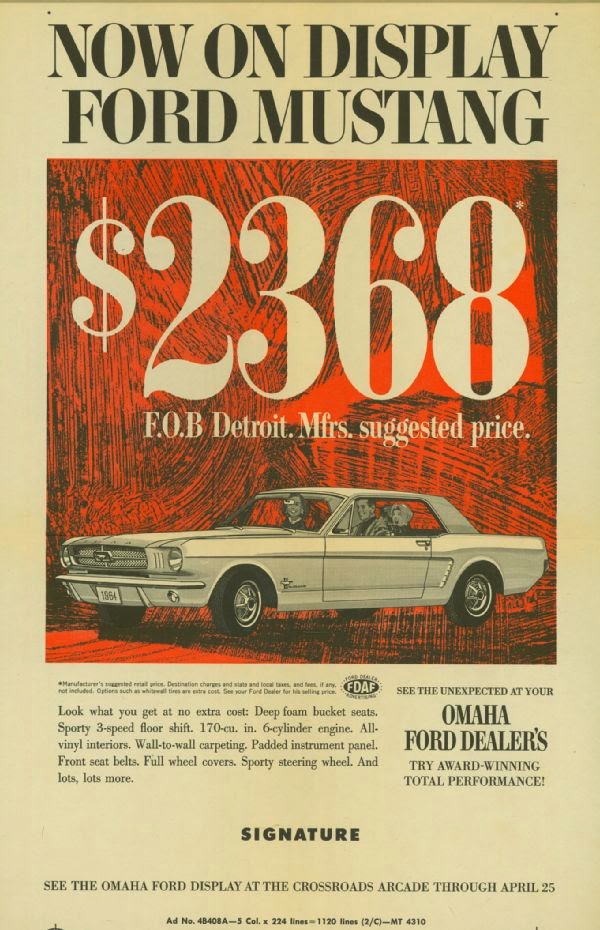 The 1960s saw two major trends unfold that would dramatically affect the new-car market, and the Ford Mustang was designed to capitalize on both. The first shift was the changing demographic landscape, with the leading edge of the baby boomers starting to reach driving age. In 1964, the 16-to-24-year-old age group was the fastest growing in America. Young people did not want to drive the kind of cars their parents drove. They wanted bucket seats, floor shifts, and the sporty feeling of being close to the road. (What a difference from young drivers today.) The second trend was the massive increase in two-car households. In 1959, only a million families had more than one car; by 1964, that number had skyrocketed to thirteen million.

Evidence that Apple is Imploding. 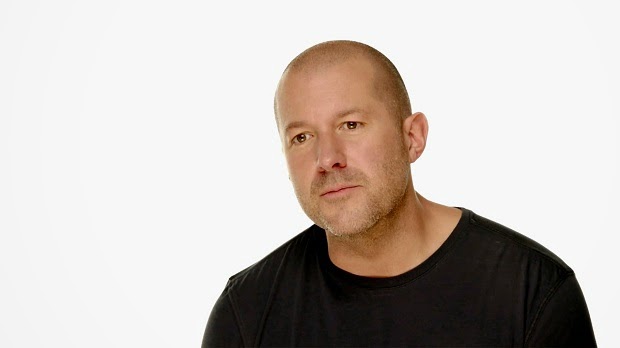 Back on Sept 2013 I noted how awful IOS7 appeared, and that without Steve Jobs, Apple will start a slow decline into the abyss.  Seems that I could be correct, with the exit of key Apple User Interface Chief Greg Christie.  He was the driving force to the brilliant interfaces pre IOS7, under Jobs.

See the announcement that Greg Christie is leaving Apple.

http://www.maclife.com/article/news/apple_ui_chief_greg_christie_leaving_apple_allegedly_following_clashes_jony_ive
Posted by Will at 4/10/2014 12:35:00 AM 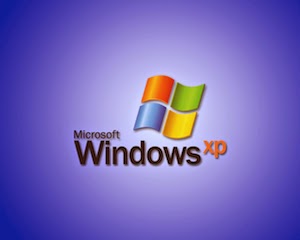 Windows XP support has ended.  XP is still used and running 30% or more of the back end systems and infrastructure we know today, from bank machines to cash registers.  Home users still run it.  Commercial companies and government agencies still use it.  Support ends April 15th, and that makes for a 13 year run that will be unparalleled.  No Operating System in the Microsoft fold has or probably will measure up to the intuitive, simple yet powerful interface that Windows XP sports.  It runs on old slower hardware or high end devices, uses high or low end graphics well, has a driver for almost any piece of hardware out there right now, and is robust enough to handle heavy loads, especially the lesser known 64 bit variant, which lacked the driver support XP was popularly known for.  Ok for all of the Windows XP haters, many of who will say I am crazy as a loon for my nod to Windows XP unparalleled immortality...  What is poised to take XP's place?  Not Vista, nor Windows 7, which both are resource piggies, even 7 is not as nearly stable and overall functional, nor is it easier to configure than XP, and Windows 8 saw productivity fall through the floor with its introduction of a fashionably trendy row blocks and text that resembled graphics on an old Dos shell.  If you want to get something done, XP was and is the OS of choice.  If you want pretty yet buggy, try Vista, if you want function but glacier slow shaded graphics and transitions, try Windows 7, if you want bland and easy to read but don't need multitasking (buzz word kiddies, from the 80s and 90s) go with Windows 8.  If you want to do computing, calculations, conversions, real work, or system to network transfers... XP is the winner.  To be productive, XP is still hands down the best.  If you want to slow down, to watch pretty videos or pictures, and experience gee whiz doo dads, XP is not for you.  It should have been an easy decision for Microsoft to continue support, even cheap support, such as a low cost extended warranty and continued pay as you go general support.  But no, they would rather dump millions into an effort to control the customer, instead of helping them get something done.  This is the trend today with all technology companies, to force you to do what they want you to, yet pay extra for it - Sneaky huh?  Shame is that XP is a champion OS that we may not see again in our lifetime, maybe never again if tablets do finally conquer the hearts and minds of XP lovers, since XP is no longer a contender, that can now happen. 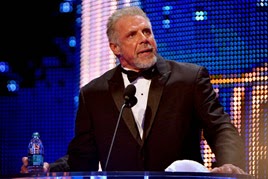 Just days after his induction into the WWE Hall of Fame, the Ultimate Warrior, real name Jim Hellwig, dies at the age of 54.  Best known for his over the top cryptic interviews, and high energy matches, the Ultimate Warrior was one of the most well known and remembered.

2014 is here, We the People are coming in November.

A Nation of Sheep - Breeds a Government of Wolves!


Borders: Closed.
Language: English only.
Culture: Constitution and the Bill of Rights!
Drug Free: Make a drug screen mandatory for anyone on welfare and/or food stamps!
NO freebies to Non-Citizens! We the People are coming in November.
Posted by Will at 3/17/2014 02:15:00 PM

"Speaking about the economic effects of climate change, Krauthammer noted that “all of this is driven by this ideology, which in it of itself is a matter of almost theology.”

See the video and article here, at the Foundry.

John Dvorak is spot on as to the problems with Windows 8, and what Windows 9 (the next version of Windows) should strive to be for the betterment of the Industry!  I hate Windows 8 (I am a Mac and Windows user), and many PC experts also hate it.  Not because of the tiles, but because of the lost features, the central start button missing that brings all features and access to one location, the lost productivity due to a users inability to get done what they want to do!  See his top 5 list of what Microsoft MUST do to correct the path of the ship, or face going straight into the iceberg within the next few years.

In a groundbreaking announcement, WWE Chairman & CEO Vince McMahon announced the launch of WWE Network, the first-ever 24/7 streaming network, which will feature all 12 WWE live pay-per-view events each year – including WrestleMania – for only $9.99 per month. Access to all past WWE Programming Library is also included.  Learn more about WWE Network right now. 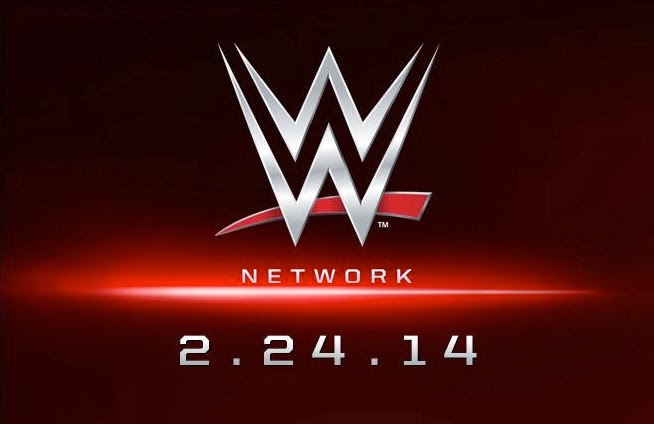 In 2013 one of my favorite tech magazines, wether in print or on the web, has always been PC Magazine.  It is no secret that I am a Mac user, and I support PCs for a living.  So it made sense to me to keep my feet on the ground and keep watch on whats happening in the PC industry.  Nowadays that includes cell phones, tablets, laptops and desktop computers.  I always felt that PC Magazine attempted to support as much of a cross section and diverse subjects across all platforms.  So around the 1st of the year, it was no surprise that they decided to redo their website to better support tiny phones and emulate the Windows 8 interface in some way.  Many sites now use tiles or data, and for some reason they think this keeps them looking trendy and edgy and in tune with what is happening in the computer world.  To my surprise, the tiles interface overall in Windows 8 works, but this new layout for PC Magazine is terrible.  I have never seen such an ugly and hard to navigate website from a truly professional organization like this before.  Lost now is the easy to understand groups of content, and special articles from their writers.  Now you have to zig zag down the tiles to try to understand and find articles of interest.  I realized that many websites are following this thought that site information should be scrambled across the page and force the reader to look at things that you don't really want to.  Take a look at the PC Magazine site, and see for yourself if this is better or worse that a structured column view.  I myself, have seen better, and don't like it.
Posted by Will at 1/05/2014 11:41:00 PM