A team of multimedia experts have been working since 2003, to restore the footage from the Apollo 11 moon landing. They basically take the old black and white footage and clean it up. Interesting that the original footage tapes were deemed lost, when NASA figured out they recorded over them in the 1980's. This is a prime example of why government is in efficient and wasteful, devoid of intelligent life. Obviously the tapes should have been treated as historic, but no, the brainiac engineers ay NASA recorded over them. Fortunately the converted original broadcast was also captured in Australia. Funny, this is where we got the footage to correct. Even in 1969 the feds couldn't do anything right.

Thankfully a version of the video has been restored, and a portion can be seen here. 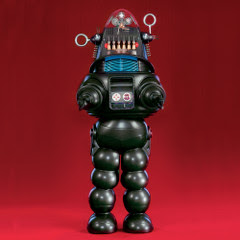 Thinking about a gift for the person who has everything? How about a Robby The Robot? Only thing is, this one is 7 feet tall and stands boldly in any room. Not some tinker toy. Yes Hammacher Schlemmer has one for sale, for a mere $50,000. Oh what wonderful toys! I gotta get me one of these!


For those of you who want the robot often confused and mis-named, as Robby. B9, from Lost in Space is also available. 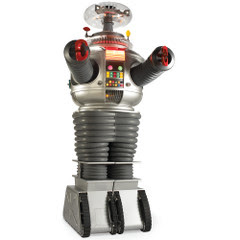 Apple - Back to Mac - New Macbook Air and iLife

Apple has released new iLife 11, and new Macbook Air notebook computers. You can see the keynote and demos at this link. Plus Apple previewed Mac OSX Lion, coming in Summer 2011. Apple will also open a Mac store, much like the iPad and iPod app stores. All of the devices, software and future plans, do look bright for Apple and Apple customers.
Posted by Will at 10/20/2010 05:41:00 PM

Stand Up for WWE 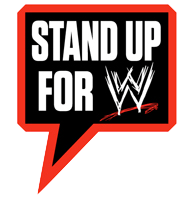 The WWE, aka World Wrestling Entertainment, is under political biased attack. This due to the fact Linda McMahon, former CEO and wife to WWE President Vince McMahon, are under the political magnifying glass from wacky liberal opponent Richard Blumenthal.

I have to admit that in my 40 years of watching WWWF, WWF and now WWE, I have never witnessed criminal behavior. Pro Wrestling is a business, and it acts accordingly and proper, as far as I can tell. It offers a rich benefits package and handsome salary, to those who can actually qualify to perform in ring or on air. I read over the attacks and the WWE supplied facts, and they seem correct from my knowledge of the WWE. I suggest that those interested in electing Richard Blumenthal, consider the attacks and lies of a desperate man.