Last night, Al Gore’s global-warming documentary, An Inconvenient Truth, collected an Oscar for best documentary feature, but the Tennessee Center for Policy Research has found that Gore deserves a gold statue for hypocrisy.

Gore’s mansion, [20-room, eight-bathroom] located in the posh Belle Meade area of Nashville, consumes more electricity every month than the average American household uses in an entire year, according to the Nashville Electric Service (NES).

In his documentary, the former Vice President calls on Americans to conserve energy by reducing electricity consumption at home.

The average household in America consumes 10,656 kilowatt-hours (kWh) per year, according to the Department of Energy. In 2006, Gore devoured nearly 221,000 kWh—more than 20 times the national average.

Last August alone, Gore burned through 22,619 kWh—guzzling more than twice the electricity in one month than an average American family uses in an entire year. As a result of his energy consumption, Gore’s average monthly electric bill topped $1,359.

Gore’s extravagant energy use does not stop at his electric bill. Natural gas bills for Gore’s mansion and guest house averaged $1,080 per month last year.

“As the spokesman of choice for the global warming movement, Al Gore has to be willing to walk to walk, not just talk the talk, when it comes to home energy use,” said Tennessee Center for Policy Research President Drew Johnson.

In total, Gore paid nearly $30,000 in combined electricity and natural gas bills for his Nashville estate in 2006.

For Further Information, Contact:
Nicole Williams
editor@tennesseepolicy.org
Posted by Will at 2/26/2007 10:00:00 PM

As many of you know I am against the over hyped conceptions about Global Warming. I don't believe in it at all matter of fact. But to explain those reasons to some is sometimes not even worth the trouble, they just won't believe what I say and consider I may be even partially correct. One of my favorite Political Blogs called Matwellword, has hit the explanations on the head, and he even goes a step further comparing the Illegal Immigration to it. Funny how Illegal Immigration is being touted as "not a problem" and global warming as "our last stand".

Check OUT the Spam Blocker Site!

I have been asked by many friends.. Just what can I do about SPAM. I will mail out some information to you over the weekend on this very subject. I might even do an audio podcast on the subject, so buckle your seat belts.

Here is one site that plays with the SPAM bots! The site randomly generates fake emails addresses in the source code (the underlying data that makes up the page). Funny!

What can I do that simply amazes me, using my iMac? I can run Windows XP, Dos, and OS/2 in separate windows under the Parallels program, all at the same time. Now for many of you this may not be a feat. But I can recall years ago being up late trying to get a Dial Up Bulletin Board of mine running in a multi-tasking environment. I would attempt to load, at that time, the new Windows 95. I loaded OS/2, which was a bear to get running (but not tonight). I also attempted to load the Desqview X Multi-tasking Dos.

Well on my iMac I just loaded my old copy of OS/2 just to see if it worked. And sure enough, it does and runs very fast! Faster by far than it ever ran natively on a PC. I also have Windows XP for those must have utilities that I had already invested money in, and that there are not yet Mac equivalents, and Dos is loaded for some old games from the closet. This is a huge amount of fun for an old techie from way back.

My point is, if you want to run multiple operating systems for testing applications (even Linux), or want a measure of flexibility that is unheard of in the computing world today, you HAVE TO GET the Parallels Virtual PC Software for your iMac or PC. Yes they have both versions available. No need to have a Mac to do what I am doing. You just need the Parallels software.
Posted by Will at 2/15/2007 01:31:00 AM

Yes you read it right! I am not a one sided Blogger. I usually support WalMart with glowing posts and reports, but when someone does something boneheaded, I don't run and hide. Recently, WalMart has made 2 HUGE blunders.

They are showing anti-competitive practices in deciding to block specific web browsers from their Video Download service, namely Safari (Mac) and Firefox. The excuse is said to be that the 2 browsers do not support DRM (Digital Rights Management) software protection schemes. It would be far better to work on a solution, and announce to customers they are working the issue.

The second blunder is last week WalMart decided to bow to political pressure from Liberal Unions and special interest groups, and support mandatory State Run Health Care. Coming from a business that has been under fire from Liberal think tanks, I expected more from them, than a decision to side with their enemy. No doubt this deal with the devil is to keep the Union types off of WalMart's proverbial back.

Shame on WalMart for forgetting where they came from. They should worry more about providing the goods and services customers want and need, instead of jumping into the political arena with the very organizations who want to see it's demise.

The greatest President of our time, Ronald Reagan, game some of the most moving and poignant speeches, ever. Lets step back together and hope that leadership today will remember and step up and continue the Conservative ideas of Lower Taxes, Less Government, and Strong Defense. We need another leader today, like this great man. This man made me proud to be an American and made me understand it was my duty to vote, and helped me decide that freedom and liberty was GOD given, not Government allowed.

One of the must have pieces of software that you should load on your PC is a Virus scanner. Virus software searches out and detects (and in most cases removes) viruses from files and emails. Norton Antivirus has been getting some bad feedback lately. Seems they can not get the install as well as the upgrade process right. Many readers have told me about issues they have had with it trashing the registry in some way, as well as not being able to remove it. If you want good solid Anti Virus software, Clam AV, which has been around for a while now, is trusted, tested and FREE (Donation Ware). Go grab the Windows PC version. There is also a Mac version which I really like, and it works just like the PC version. 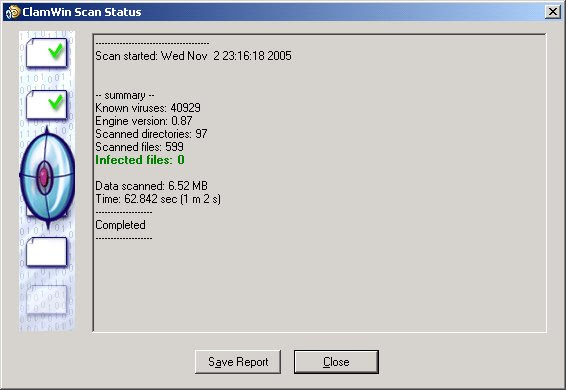 Huge News - Rush Limbaugh Has Been Nominated for the Nobel Peace Prize.

Thats right, the very popular and positive Conservative Talk Show Host has been nominated for the Nobel Peace Prize. Join me in congratulating Rush as he eventually wins this coveted award!

This YouTube video clip is a fantastic instructional clip which attempts to define the differences between fully automatic and semi automatic weapons. The Media does a yearly attack on semi automatic weapons that look like military style weapons, to generate fear and cause mass histeria to push a wave of legislation against your ability to own simple weapons for personal lawful purposes.

Criminals will always have guns.

I have always said, that any device can be used to murder - such as guns, knives, rocks are not the issue. The criminals who use these weapons to murder and rob from law abiding citizens are the problems, and those individuals should be immediatly removed from society if they fail to assimilate peacefully. Your rights to do and own what you wish are in jeapoardy, even though you have not broken any laws. New laws should not be fabricated to penalize law abiding citizens. That would be shameful. However enforcing exisiting laws should be a major priority of everyone.
Posted by Will at 2/03/2007 12:20:00 PM

I knew there were many alternatives, but wow! A list of 100 choices? Now many are simply a skin or template over a major search engine like Google or Microsoft Live. But some are really entertaining and inventive. Check out Ms.Dewey for a multimedia search experience, funny! See more at the link above.
Posted by Will at 2/03/2007 11:46:00 AM

I had to double check the link to make sure it wasn't on some joke site. This is why Scientists are morons and can not be trusted. I don't know what they are thinking. They actually believe that they can fill a relatively small Volcano with Cement to slow the flow of mud and gasses. Now "I Ain't Got No Fancy Scientist Edumacation", but I would think that if cement balls or material are "loaded" into an active volcano, happens to slow or allow pressure to build up, it will respond not long after. The ensuing eruption will mimic a shotgun blast of continental planetary proportions. They will end up making the muddy volcano deadly.
Posted by Will at 2/01/2007 12:11:00 AM